Civil wedding in Sorrento are conducted by the Mayor or an official representative from the local council. The civil wedding ceremony is quite brief in comparison to the religious ceremony, consisting of a variety questions regarding the future commitment of the bride and groom as well as a reading the Civil Wedding Code stating the rights and resposibilities of each person. The ceremony must be conducted infront of a minimum of two testimonies and it is also possible exchange civil vows at a council of your choice.

In Italy, the following people may be permitted to marry:
People who are of the legal age (over 18 years old) and who are 'free to marry'. 'Free to marry'  means that the person/s are not legally contracted to a previous marriage either civil or religious that has been registered with the civil state in any country.
People who are not related in any way including by adoption in the eyes of the civil code in any country.
People that have turned 16 years old, but are under the legal age, require authorisation to marry by the Minority Tribunal in their respective country.
People who have been previously married but have received either a relgious or civil marriage annullment. 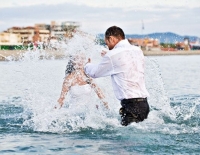 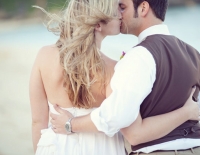 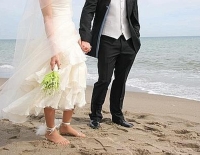 Use this form to contact us and/or receive more information. Fill in the obligatory fields (*) and specify your request. Our operator will respond in the shortest time possible.

Fields marked with an asterisk (*) are required

Read the opinions of our clients »

Would you like to receive our exclusive special offers or to be updated regularly on news and events? Register for our free newsletter!